On his way to becoming an artist Kudzanai Chiruai, b. 1981 originally headed for urban architecture, designing and planning cities. As this wasn’t possible in his homeland Zimbabwe that time, he moved to South Africa. There he became student within the fine arts department at the University of Pretoria and was the first black student to graduate.

Within his artistic language he connects a broad range of expressions from drawing, painting, photo, video to sculpture. His newest project and one of his major
concerns is “The Library of Things we Forgot to Remember”, an audio-library, opened in 2021 in Johannesburg, where he collects worldwide vinyls and other material, related to the political uprise within the African continent, roughly from the 60’s to the 80’s. A place where researchers, musicians and even tourists passing by, can dive into the sociocultural narratives of this diverse continent, searching for its own identity after centuries of foreign imprints and still going on.
Very early art for Chiurai became the medium to express political issues within his homeland.
Already his landscape paintings at the starting point of his artistic career expressed these political ambitions, realizing that land and its appropriation is a very political statement. In consequence he was banned from his country and stayed for some years in exile in South Africa.
His work tries to involve the viewer into the artists’ very own cosmology, reflecting on postcolonial stagnancy and the idea of modelling a new reality, putting strong black women to the forefront. What, if history were not created by white men but black women?

If society continues sticking to the old patterns and as long as Europe is being seen as the «heart of civilization» and «top of cultural development», imprinting its’ values to the African continent and people, the old colonial history, considered as obsolete, will continue to dictate the rhythm.

Through his art and library Kudzanai Chiurai wants to pull us in, open our hearts and minds to nudge the interest for his country and continent. And to «rethink» the future in a new way. 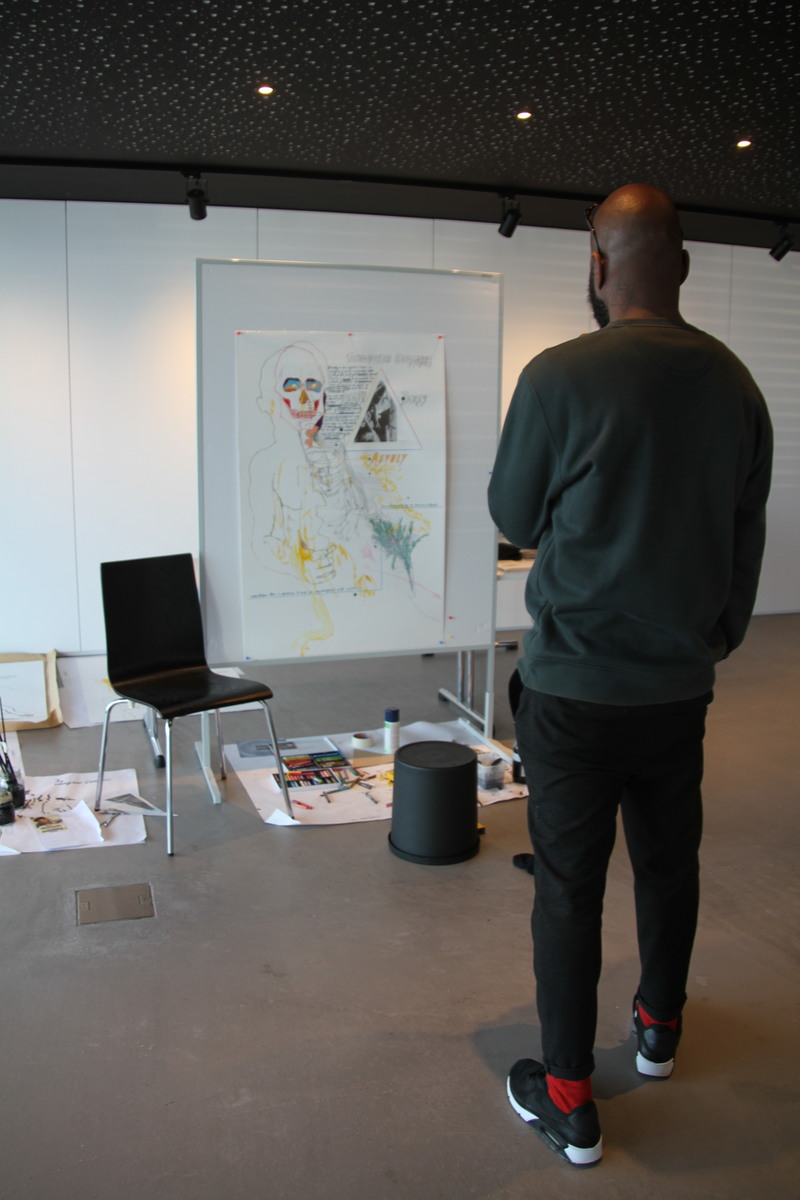 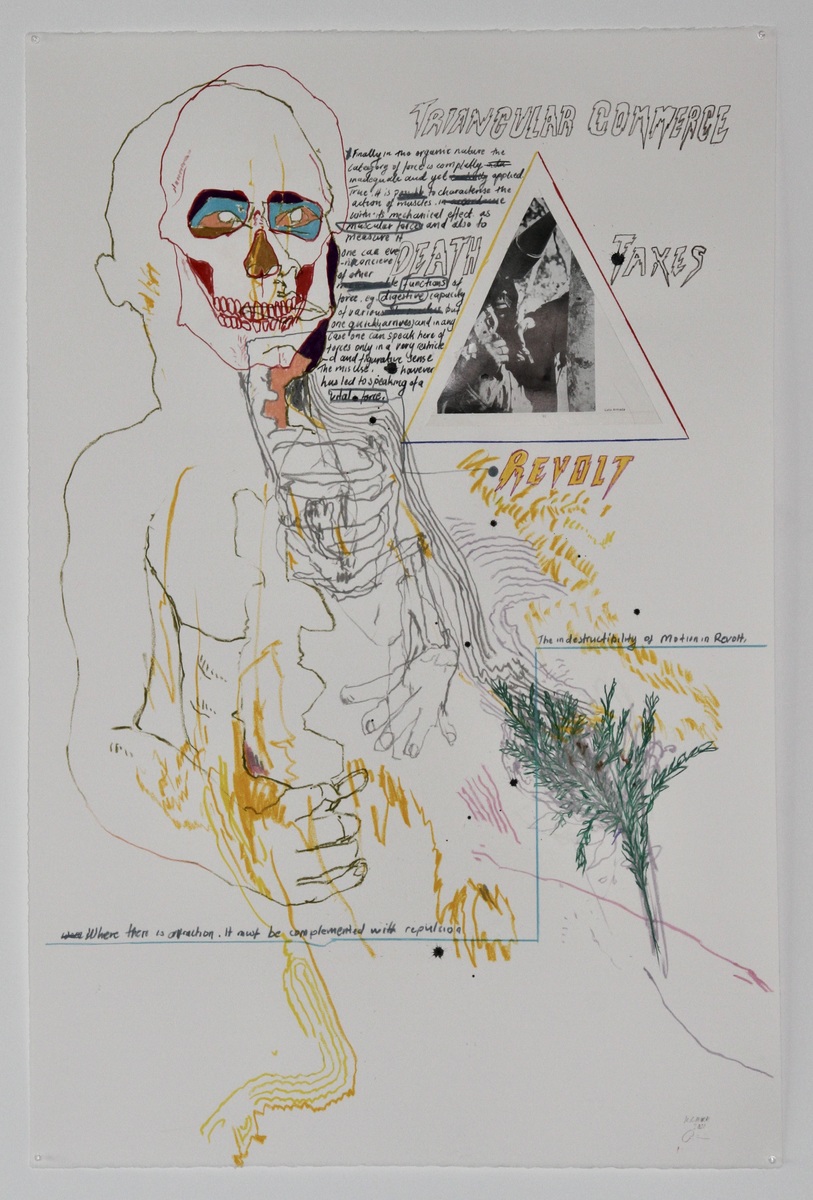 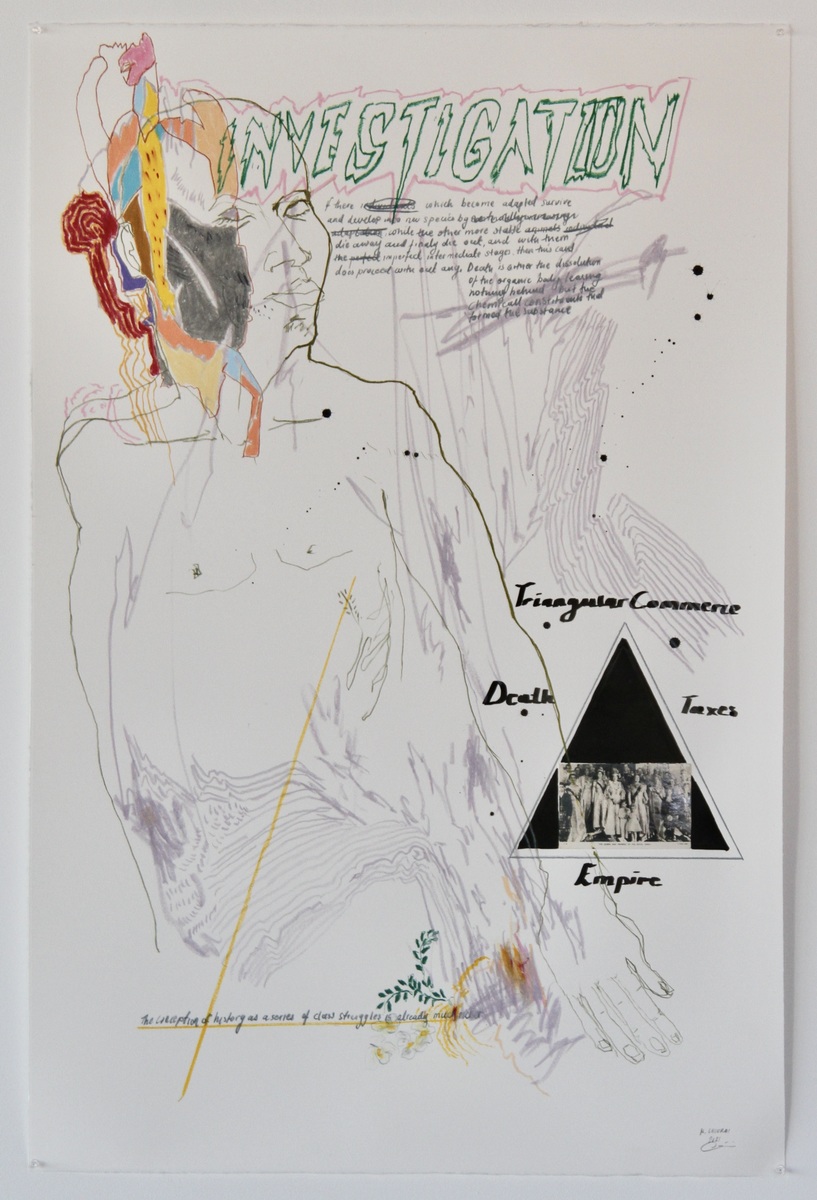 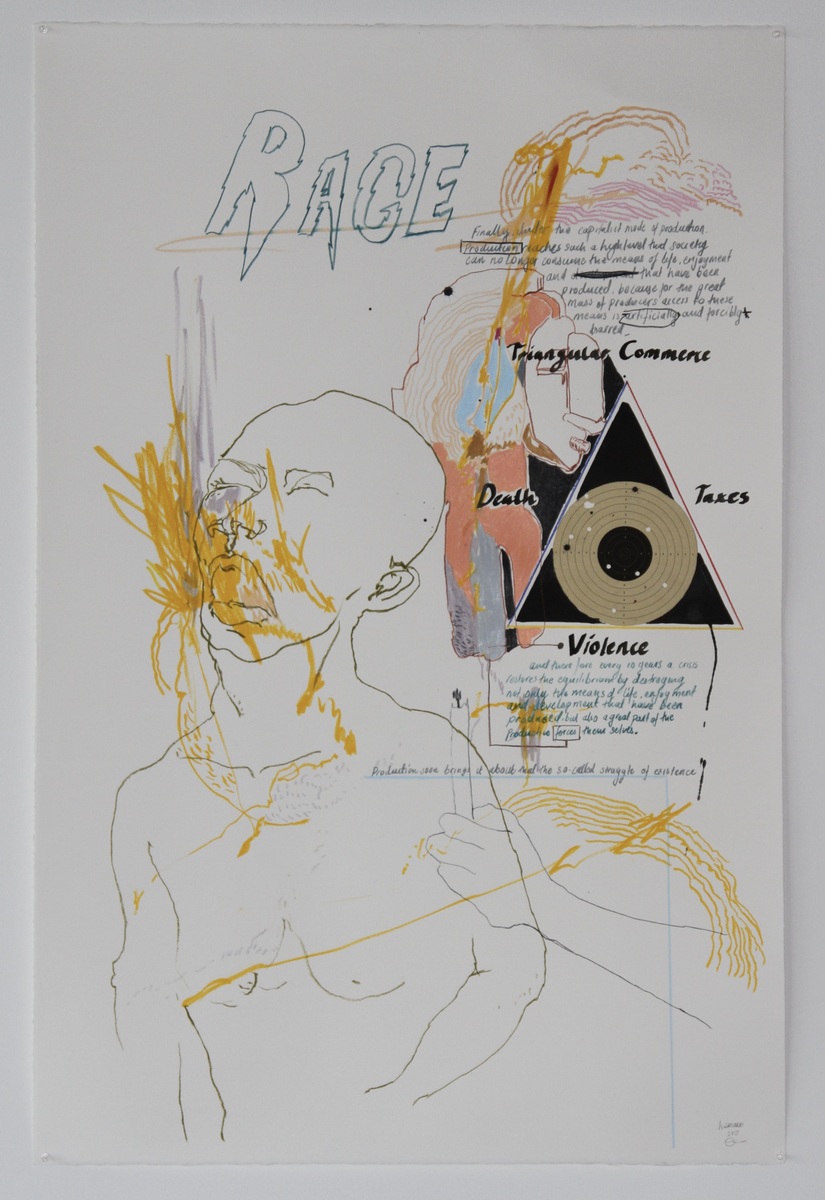 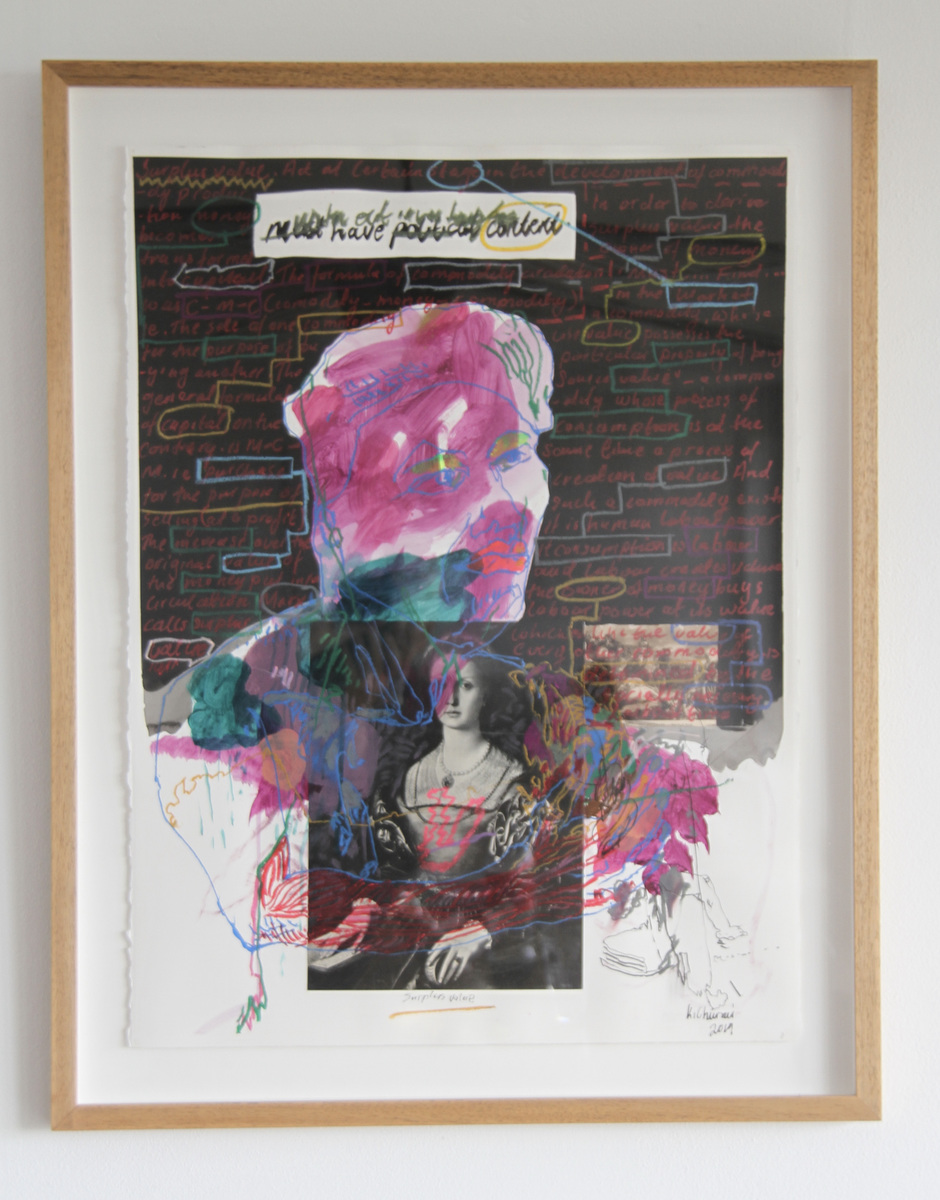 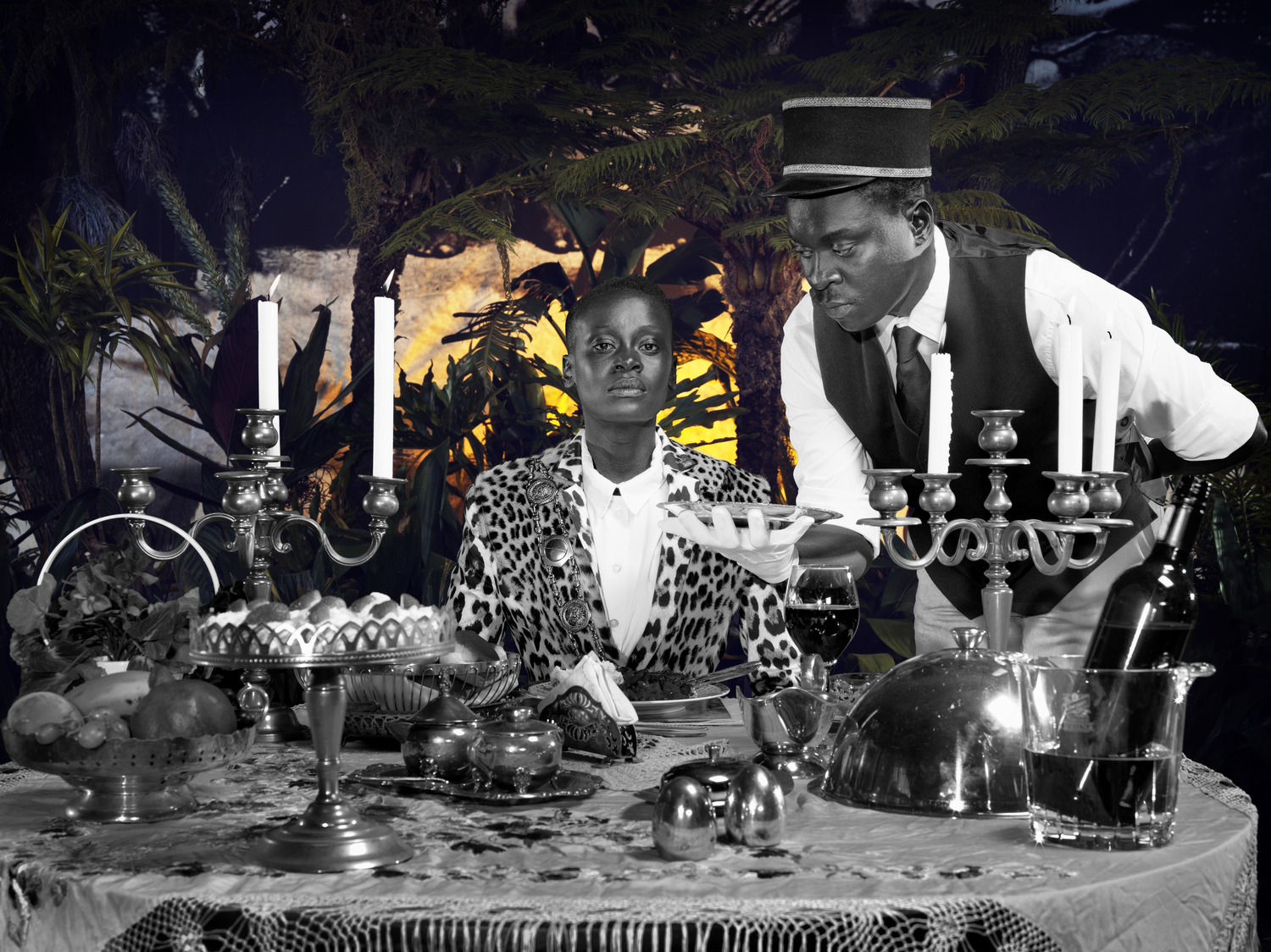 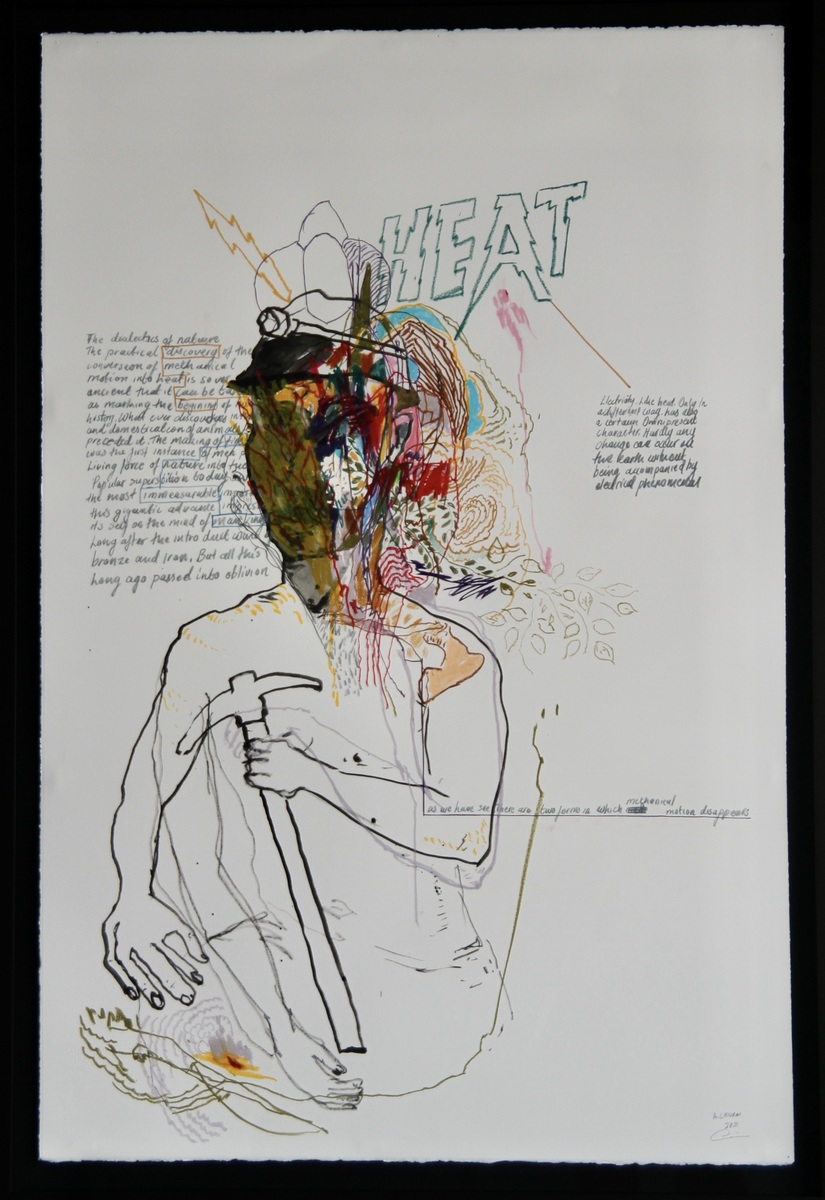 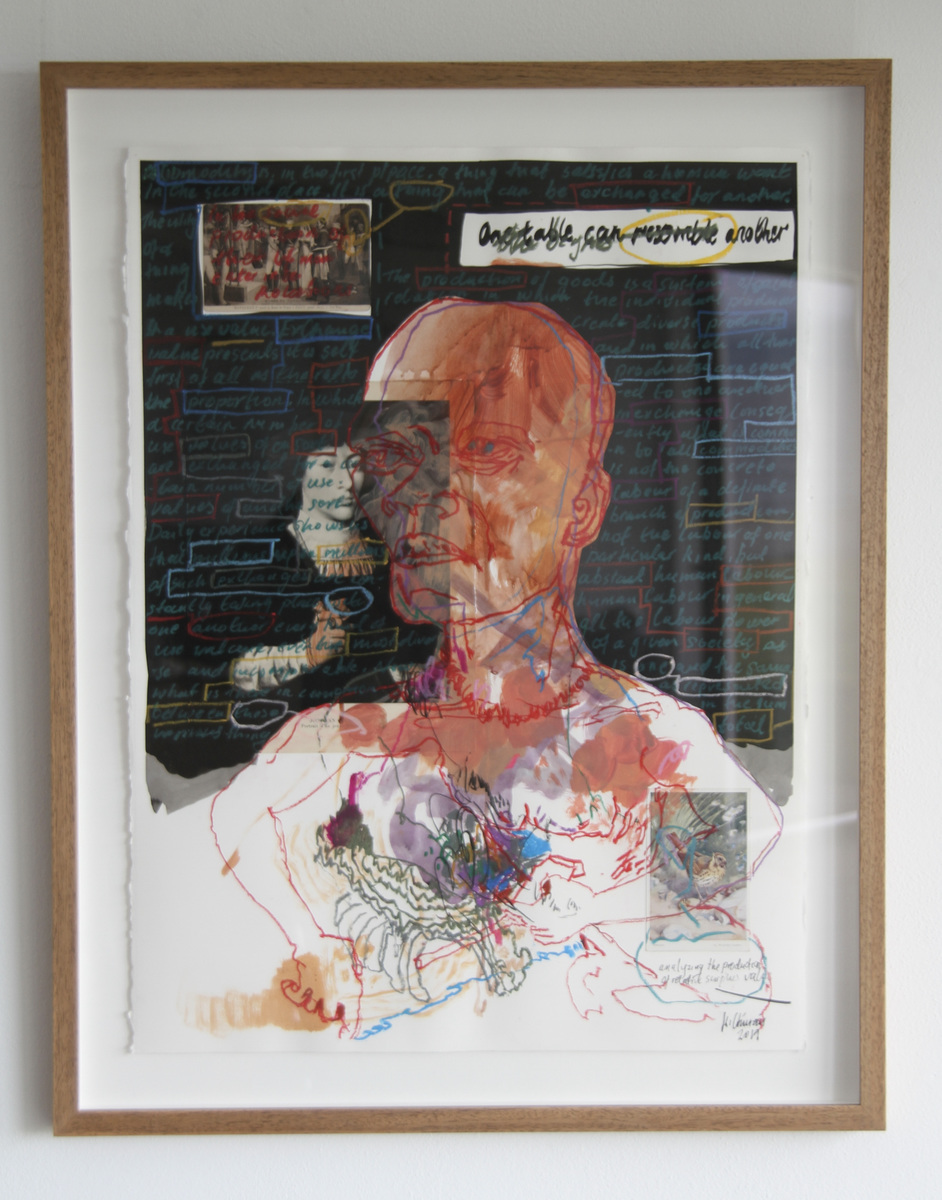