Hans Krüsi (1920 – 1995) was a Swiss painter and a well-known Zurich original. He is considered an important representative of Art brut. Since the mid-seventies, Krüsi also sold his own drawings and paintings at his Zurich flower stand. He was so successful that he soon earned more money with his paintings than with his flowers. When he died in September 1995, he had become a wealthy man.
Krüsi's estate, most of which has not yet been seen, includes around 4,000 paintings and drawings, a large number of photographs, negatives, Polaroids and photographs edited by overpainting, as well as tape recordings and sound collages, a series of prose texts and poems, and an immense amount of other unedited material. The Kunstmuseum Thurgau, Kartause Ittingen, administers his estate, and in October 2001 a first overview of his works was published "Krüsi, Hans: Auch ein Nichts kann etwas werden..." (Krüsi, Hans: Even a nothing can become something...). 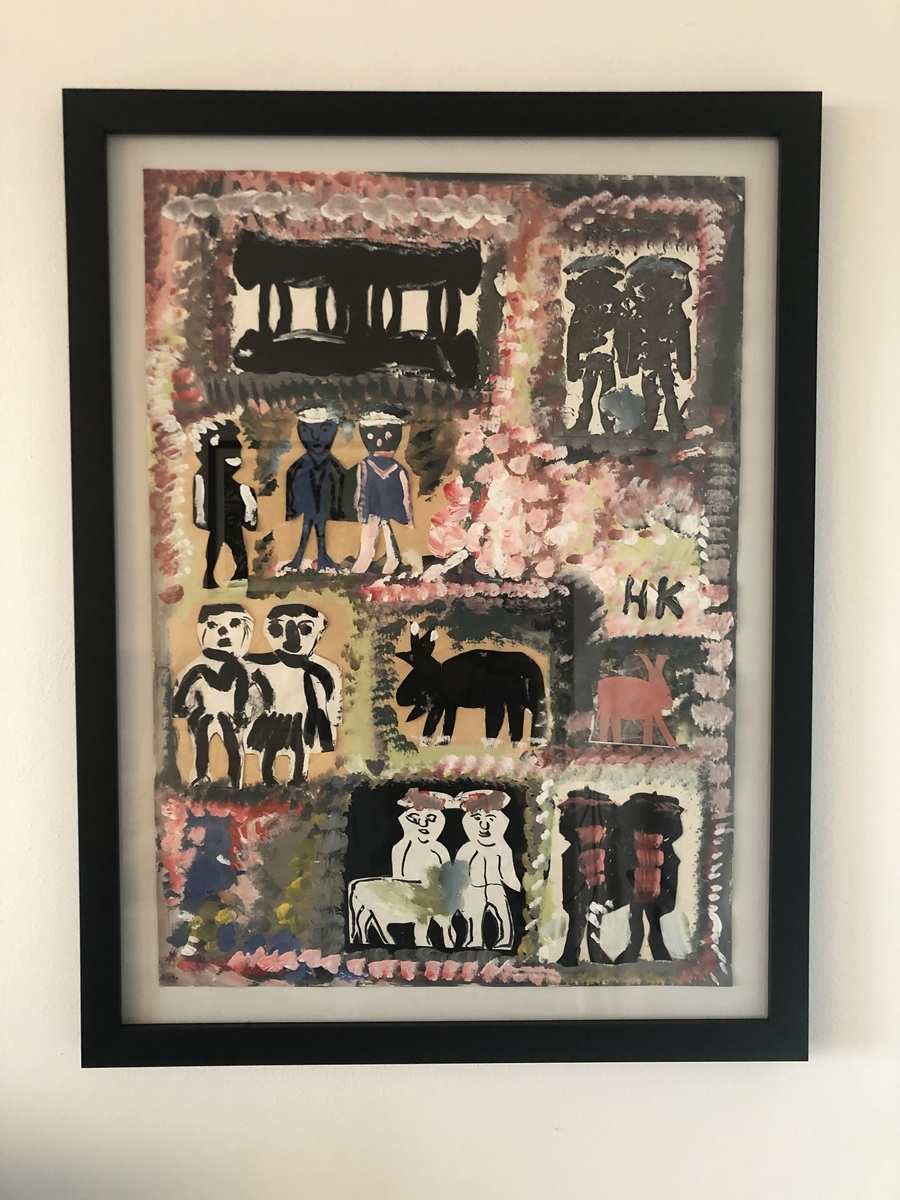