"We are creating ourselves continually”
(Henri Bergson, 1911)

“Creativity is the last frontier. We have landed on the moon, mapped the human genome, and found the Higgs Boson [announced in 2012] – the particle, which gives matter mass. But creativity defies our definition and capture. It is elusive and invisible – the truly wild beast of existence, which cannot be tamed and caged in our human zoo – however  hard we try.

There is a race in our society to own creativity – to commodify, package and sell creativity back to culture as a product in what the philosopher Michael Sander calls the ‘market society’. Management consultants, psychologists, neuroscientists, education- and cultural specialists – all come up with the promise of having discovered the secret formuli which makes creativity accessible to all in our communal age. Then these formuli are smashed to smithereens. Just look at the theory about ‘the right brain’ being the seat of creativity, ‘the left’ being the seat of logic. That has now been disproved, and instead the emphasis is now placed on the interplay and interaction between the two sides of the brain, which together make creativity possible.

Even so, we continue to press on to control creativity. Standardised procedures, evaluations and testing are introduced to provide evidence that define new processes and methodo-logies for creativity. But is it really as simple as that? I would argue defiantly and definitely it is not. It is only when we both accept and dive into the joy and terror of the unknown, ambiguity, messiness, play, and the individual, as well as work with structures, definitions and the collective, that creativity can well and truly really flourish. It is a combined process.”

I wrote these words over 10 years ago now, and I stand by every single word of them. I wrote them after three years eariler when on my own initiative I had approached in 2009, CERN, the world’s largest particle physics laboratory outside Geneva, Switzerland, with the idea of creating their own artistic programme colliding the imaginations of artists and scientists. I couldn’t think of a place more perfect on the planet for generating creativity and accelerating the imagination than this extraordinary laboratory which focusses on uncovering new understanding and evidence about how our universe began. It is at these places which are at the frontiers of knowledge where creativity can flourish, and particularly by curating artists in these spaces. This is what the Swiss organisation Artists-in Labs (AIL) programme so wonderfully and inspirationally pioneered since its founding in 2003. And it is what Arts at CERN does to this day also.

I still stand by the absolute need for artists to be propelled into the unknown – to get lost – albeit with a curator there to hold them in the terrifying space where in the case of CERN for example there may be the talk of wimpzillas and quarks which sound like something from Science Fiction or Alice in Wonderland. After all, it is only by going into the unknown that we learn to walk when we are children by falling down and then getting up again.  We test gravity before we intellectually know it exists. We need this child-like play which has so much intelligence in it for artists to be reborn and renewed creatively. And not just artists – all of us too – for a joyful, curious life.

However, now more than ever, artists need something more. Time, space and most of all peace to think, feel, play and sense again. To literally come to their senses. Peace comes from being in nature and the natural world – feeling a sense of belonging with all ones five senses – sight, touch, smell, hearing, and taste – connecting with the environment around us and our planet. This sense of connection to our environment and all entities, whether sentient or not, is being increasingly lost in our hyper-mediated world of smart phones, our outsourced memory thanks to google, laptops and tablets.

I end this reflection with a piece I curated and produced by the artist Emma Critchley, who works with cameras underwater and is a trained diver. It was the result of the Earth Water Sky environmental arts and science research, production and commissioning residency which I founded and which I direct for the Science Gallery International network. It illustrates what can come out of residencies.

Emma was paired with the Italian climatologist Professor Carlo Barbante. She researched into his work with the Ice Memory project – which is building an archive of ice cores drilled out of glaciers which  each contain bubbles holding in perfect suspension the composition of the earth’s atmosphere of up to 2 million years ago. These ice cores will be stored in Antartica and be accessible to all.

What Emma’s installation does so wonderfully is make the link visually and aurally between the human body and the body of the glacier and the words from peoples who live next to glaciers in Peru and Tanzania. All are witnesses of how we are interconnected in our world – one having an impact on the other. Bubbles of breath from the dancers underwater echo the breath of the earth contained in the ice cores. The flailing body of a dancer who is literally out of their depth having never trained to dance underwater before, becomes also a metaphor for our times as we try to find our way through it. This moving installation which world premiered at the 2021 Venice Architecture Biennale and was exhibited in both the physical and virtual official Italian pavilion, is the result of two months deep research, time and space, with play and ideas. Residencies are now needed like they have never been before to accelerate creativity to new dimensions, depths and awarenesses which can sustain and inspire our societies in the challenging years ahead. 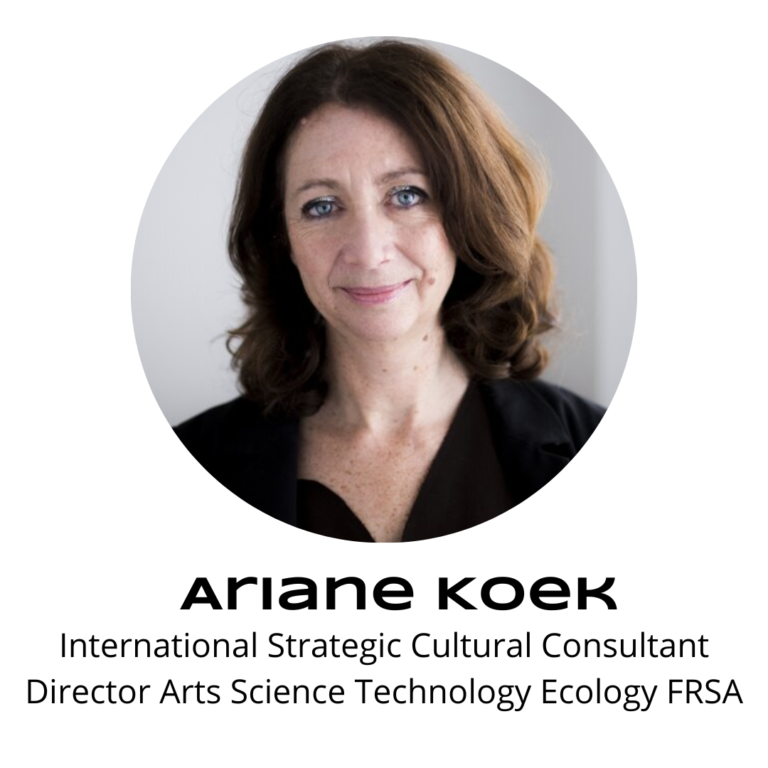